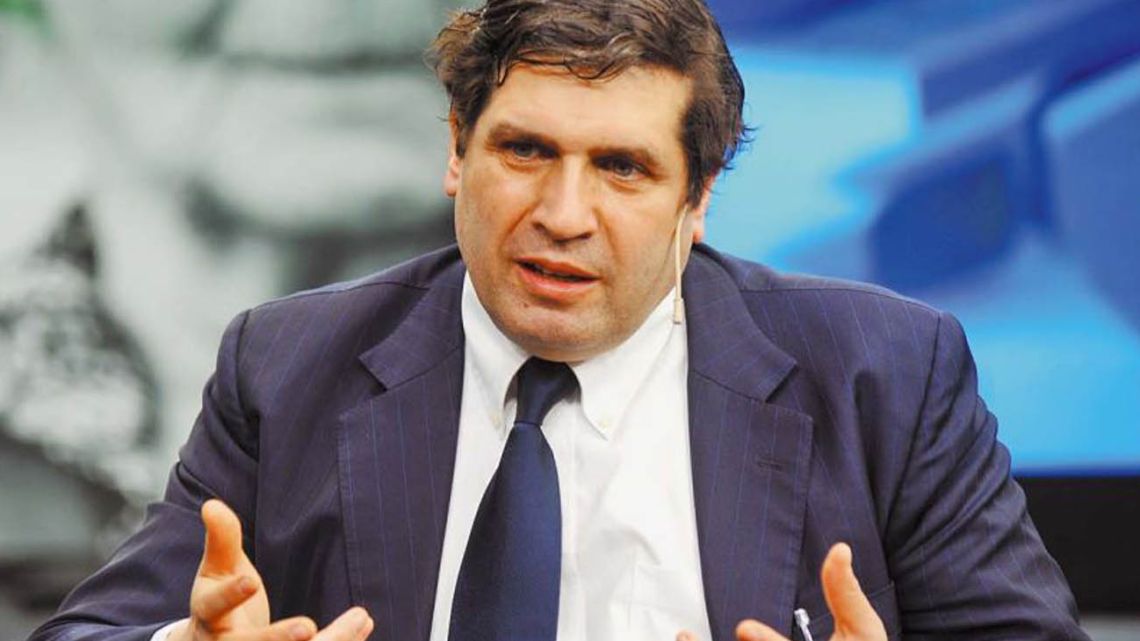 A few days after concluding the intense agenda in Venice at the summit of G20 finance ministers, Sergio Chodos points out that the trip served “to generate higher levels of consensus and understanding about the challenges Argentina faces” in restructuring the debt to the International Monetary Fund (IMF).

“The main thing is to have an agreement that is good for Argentina and allows us to escape excessive debt,” the Southern Cone IMF executive director told the IMF. Perfil in an exclusive interview.

What is the most important thing the government has taken away from Venice?

The possibility of continuing to explain. The work trip to Venice revolved around three main axes. One had to do with discussions within the framework of the G20, where the focus was on environmental issues, the minimum global tax rate for companies, the reallocation of special drawing rights, the post-pandemic world , vaccine distribution and inequalities. Then we had more than 10 parallel priority bilateral meetings, in parallel with which we had technical meetings with the IMF mission in Venice. What I would call most distinctive and most striking is the quantity and depth of bilateral meetings that we have had. This is important because it helps generate greater consensus and a better understanding of the challenges Argentina faces.

The reconstruction of Argentina’s external financial positioning is progressing step by step, it is slow and must be done on solid foundations. If you read the press release from the IMF mission [team], there are interesting signals not only in the areas where progress has been made but also to mark out the structural challenges and the external problems of Argentina. If you look at the first one, there was a reference to Argentina’s inflationary process being multicausal. If we go back to February of last year when we started renegotiating with private sector creditors, they defined Argentina’s debt as unsustainable. An important part of this construction had to do with direct dialogue and Argentina’s ability to make itself understood. In this sense, the achievements of the bilateral meetings are important.

One of the bilateral meetings took place with US Treasury Secretary Janet Yellen. What conclusions do you draw from this meeting and what is the United States asking for before supporting an agreement within the IMF’s board of directors?

The meeting was important because it allowed us a direct high-level dialogue and gave us a better understanding of the challenges Argentina faces, how it got there, where it arrived and why. In truth, it was a very good meeting. Otherwise, Martin Guzman and Yellen have university mentors in common – Joseph Stiglitz and Jeffrey Sachs. They [the United States] did not come with a printed conditions sheet, it was rather as if they saw the relevance of reaching an agreement and finding a way out of Argentina’s financial challenges. The meeting with Janet Yellen was very relevant and meaningful.

The international financial architecture has changed with the rise of China and its greater global influence. China is also one of Argentina’s bilateral creditors. What is its position regarding Argentina’s negotiations with the IMF? Do we need a deal at the same time as it presses Argentina with a cross default if the bilateral debt goes unpaid?

With China, there was no meeting just because they participated in a virtual format with no Chinese colleagues present for direct dialogue. As far as I’m concerned, I consider China’s seat on the board to be a collaboration in the process with a certain level of understanding. I really don’t have any indication of urgency or conditioning in the sense you are speaking of, almost the opposite based on our precedents. When we had to renew the exchange with the Central Bank, the previous administration had – incomprehensibly to my taste – linked the second tranche of the exchange with China to the regularity of the agreement with the Fund. When renewing in June of last year, he dissociated that aspect. Argentina also does not intend to default on its bilateral debt vis-à-vis China, which also presents a very difficult format compared to that owed to member countries of the Paris Club. China’s financial link is more through spending on investment projects, infrastructure or trade. Obviously, as you point out, China’s relevance and influence at the global level marks a different relationship from other periods.

There is a significant level of global tension, especially when a global debt crisis begins to emerge again as a major problem, and not just as the idiosyncrasy of some countries, when there is clearly no new universal system of ground rules. We live in complicated times in this sense. We need to get them through with a clear mind of our priorities and understanding that our focus right now is debt restructuring or developing a new program with the IMF to pay off the old one.

In April, you said that “we should have something concluded by September”, referring to the payment of the debt to the IMF falling due that month. Will there be a deal for September or do you now consider it impossible?

I don’t know if it’s impossible. It seems to me that it presents the difficulties specific to a process requiring a significant construction of external consensus which must also go through Congress and be discussed in the IMF Executive Board. If you understand a final agreement formally signed by the directors, it is even more difficult. The process takes longer in terms of crystallization than it would be to reach a basic agreement and neither are we now.

It seems to me that the most fundamental is to have an agreement which is good for Argentina and which allows us to escape excessive debt.

If negotiations continue in September, could there be a partial payment to the IMF, as was the case with the Paris Club?

No. If a deadline expires, there will be a payment but first we have to see how far we are in the negotiation. The faster we reach an agreement, the better, because in this way we avoid paying, but within the framework of a general agreement which clearly has in mind that the priority is the future of the next 10 to 15 years in Argentina.

Is it better to agree beforehand? Yes. Is this a priority? No. The priority is for the deal to be sustainable, allowing us to get out of the debt problem without affecting the potential, nascent and sustained economic recovery that we have experienced in recent months. In these questions, you must have clearly in mind your preferences but also the priorities in order to be able to organize the strategy well.

Is labor, pension and tax reform on the negotiating table with the IMF?

Some very interesting things are being discussed, including Argentina’s economic history, what worked and what didn’t. There is an openness to discussing things that have more to do with understanding than a single textbook.

Having said that, the IMF is learning, but it hasn’t turned into something it isn’t. It is still the IMF, not a development finance institution. The future of the balance of payments or the control of capital are questions that will always be present in the discussions. Also the development of national capital markets to migrate from this excessive dependence on external financing.

Is a bipartisan consensus on a deal with the IMF in Congress achievable or will it fall victim to grieta and election dissent?

I’m not sure if I’m the right person to ask the question, but I can tell you that the level of internal cohesion that we have has impacts on the negotiation process and on the credibility and the possibility of building a way forward. . It is clear that some of us are in debt and others are getting out. It is also clear that Argentina must adopt a common vision of how we are going to relate to the external debt. Laws governing private sector debt restructuring have received overwhelming support in Congress. The degree of internal cohesion will be fundamental both for future sustainability and for being able to negotiate the process.