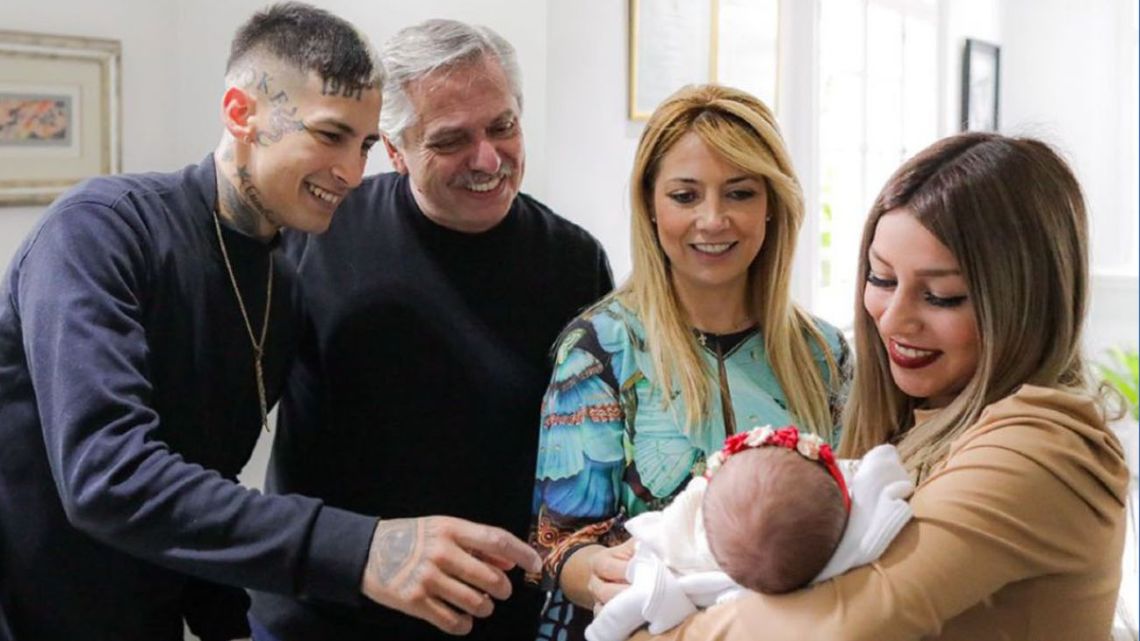 THE WEEK IN CORONAVIRUS

Argentina reached 115,444 deaths and 5,265,058 confirmed cases of coronavirus contagion at press time yesterday compared to 115,225 deaths and 525,466 cases the previous Friday. Health officials announced that half of the population had been fully vaccinated on Tuesday, immediately triggering the announcement that all airport entry ceilings would be lifted on October 19, still provided that inbound passengers over six. years are also fully vaccinated. It was further announced that the daily entry cap will increase from 3,000 to 4,000 next week. On Thursday, the British government announced that 47 countries and territories including Argentina would be removed from next Monday from the “red list” restricting entry to the United Kingdom.

Vice-President Cristina Fernández de Kirchner and nine other defendants, including Treasury Prosecutor Carlos Zannini and the late Héctor Timerman posthumously, were acquitted on Thursday in the 2013 MoU case with Iran denounced by the late prosecutor Alberto Nisman for seeking impunity. Iranian officials who orchestrated the terrorist attack on 85 dead at the Jewish community center AMIA in 1994. The three judges of the TOF8 court ruled that no crime was involved. Their conviction was appealed to the Criminal Court of Cassation.

VACANCY IN THE SUPREME COURT

Supreme Court Justice Elena Highton de Nolasco, 78, will resign effective November 1, it was learned last Tuesday when a letter dated September 30 was made public. The letter was written a week after Horacio Rosatti became the new chief justice in an election boycotted by Highton de Nolasco and former chief justice Ricardo Lorenzetti. Argentina’s first female judge but generally observing a low profile, she entered the Supreme Court in 2004 and had resisted retirement since reaching the legal age of 75 at the end of 2017. Her replacement, which will require a two-thirds majority in the Senate, should take time.

TRAPEROS GO TO THE GENERAL PUBLIC

Continuing the youth vote, President Alberto Fernández received last weekend Elián Ángel Valenzuela (better known as trapero L-Gante) at the Presidential Residence in Olivos, with his partner and newborn daughter, Jamaica. Also accompanied by First Lady Fabiola Yañez, the popular singer and future presidential father exchanged paternity notes with L-Gante praising Fernández for seeking to swap social plans for jobs and announced his own plans to complete his studies. secondary schools (currently in the third school year) as an example for young people. The next celebrity on the presidential list for a visit to Olivos is Javier Calamaro.

The provincial governments of Catamarca, Salta and Jujuy on Wednesday signed an agreement forming a lithium mining region with the aim of reaffirming provincial rights, also creating a regional committee bringing together two officials from the Ministry of Mines from each province as well as representatives of the ‘Interior, Ministries of Productive Development and Science and Technology at the national level. According to various studies, Argentina has had reserves of lithium for more than four centuries. The agreement was signed by governors Raúl Jalil (Catamarca), Gustavo Sáenz (Salta) and Gerardo Morales (Jujuy), joined by new Minister of Science and Technology Daniel Filmus among other national officials.

Closing the week early Thursday due to the long weekend, the parallel “blue” dollar fell to 184.50 pesos from the previous Friday’s level of 186 pesos in reaction to new restrictions on financial transactions as the rate of official exchange fell in parallel from 104.30 to 104.25 pesos, as quoted by Banco Nación, or just over 172 pesos with the 65% mark-ups for authorized purchases. The parallel but legal exchange rates of the CCL and the MEP have both hovered at just over 176 pesos at similar levels to last week. Country risk also fell last week, closing yesterday at 1,582 points against 1,612 points the previous Friday.

His absence in the United States prevented former President Mauricio Macri from hearing a summons Thursday from the federal judge of Dolores Martín Bava in the case concerning the illegal espionage of the families of the missing. ARA San Juan submarine. Stateside Macri announced on Wednesday that he will teach as a “mentor for future leaders” at the Adam Smith Center for the Study of Economic Freedom, a Florida International University think tank led by Cuban-American Carlos Díaz-Rosillo, a former white House Councilor during Donald Trump’s presidency.

HORROR IN THE CASEROS

A man with psychiatric problems and a friend he had taken hostage died Tuesday morning while three police officers were injured in a bloody incident that lasted more than 10 hours in the Tres de Febrero neighborhood of Caseros. During this period, Alejandro Maldonado, 47, who had holed up in his home in the 3900 block of Tres de Febrero Street, fired at least 300 shots at the Halcón police officers (SWAT) surrounding the place before breaking into the house, shot him and found his friend José Cáceres, 42, dead, apparently murdered by Maldonado several hours before. “I am armed for World War III,” Maldonado, a man with a known criminal and psychiatric background and drug addict, told a psychologist who was trying to negotiate with him, prompting Buenos Aires provincial security minister Sergio Berni, to conclude: “He was totally out of his head.

A court in Tucumán sentenced police officers Mauro Gabriel Díaz Cáceres and Nicolás Javier González Montes de Oca to life imprisonment for killing 12-year-old Facundo Ferreira with a bullet in the head in the early morning hours of March 8, 2018, in the following a police chase. Their lawyers pleaded self-defense but the judges read the sentence requested by the prosecution.

The first preliminary hearing into the murder of Fernando Báez Sosa in the Atlantic resort town of Villa Gesell on January 18 last year was held in Dolores last Wednesday with defense lawyers requesting the testimony of more than 100 witnesses, but the full trial will not take place until next year. or even at the beginning of 2023. The eight defendants followed the procedure in virtual form from the Melchor Romero penitentiary.

Rescue teams rescued two whales stranded along the Atlantic coast on Tuesday, Fundación Mundo Marino said. The mammals were stranded between Sunday and Monday on the beach of the seaside resort of La Lucila del Mar. About 30 people took part in the rescue operation, including local residents, marine environmentalists, members of the Defense. civilian, coastguard officers, firefighters, volunteers and beach lifeguards.

The day after River Plate’s 2-1 victory over Boca Juniors last Sunday in a crowded venue Superclassic at the Monumental, ministers Matías Lammens (Sports and Tourism), Aníbal Fernández (Security) and Carla Vizzotti (Health) huddled with the AFA. The officials of the Argentine Football Association will present the possibility of refusing the participation of the public to clubs which do not respect the controls. Executive Order 678/21 only allows half capacity for mass events exceeding 1,000 people, but there were 36,787 fans in River Plate Stadium last Sunday, or 60% of total capacity, according to the town hall.